4. The Transmission of Wanbao quanshu to Japan in the Early Edo Period: Their Role in the Compilation of Educational Texts: Lin Kuei-ju [html] / [PDF]

5. The Transmission and Translation of the Wanbao quanshu in Chosŏn Korea: Ch’oe Yongch’ŏl [html] / [PDF]

Professors Cynthia Brokaw (Brown University) and Joan Judge (York University, Canada) are the guest editors of this issue of Lingua Franca. The editorial team would like to thank both for their expert advice, their thorough editorial work, and the stimulating selection of articles they have established, which include two essays specially commissioned for this issue. We would also like to acknowledge the generous contribution of Brown University which was persuaded by Cynthia Brokaw to cover a substantial part of the translation costs.

Starting from this issue, Lingua Franca is published under a Creative Commons license. With the assistance of the SHARP Publications team, we have also set up a new template for the articles, providing the journal with a standard design and reinforcing its institutional affiliation. Both changes will be applied retroactively to our previous editions. 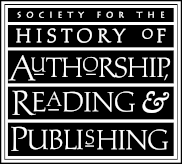