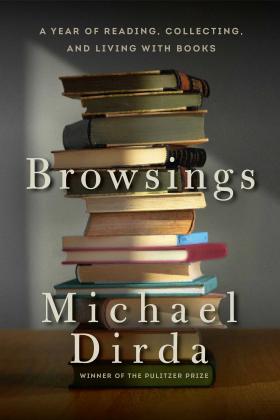 In his introduction, Dirda requests two things of his readers: (1) to read the essays spaced out; and (2) to read them in order. While neither of these is necessary to enjoy the book, they do add to the experience. The wandering nature of the essays means reading in short spurts is best, allowing the mind to meander and ponder what was just read. For example, “Memories of Marseille” discusses Dirda’s time living in Marseille and why he won’t return, because “why meddle with a fairy tale?” (48). He paints a vivid picture of his time there, creating a nostalgia that resonates with readers, causing them to think about their own pasts. Likewise, in “This Is a Column,” Dirda muses about his favorite book and story titles, and encourages the reader to do the same.

The tone of the essays is light and conversational and serves as the topic for the second chapter, “Style Is the Man.” Dirda writes, “I like a piece to sound as if it were dashed off in 15 minutes—even when hours might have been spent in contriving just the right degree of airiness and nonchalance” (7). Indeed, many of the pieces read as if they have been dashed off, but in the best sense, with an ease and lightness to each essay that creates a conversational tone and the desire to discuss the essays further. Dirda alternates between being self-aggrandizing and self-effacing, often laughing at himself. In “Scribble, Scribble,” his eulogy for handwriting, Dirda claims “Eminent doctors, envious of a scrawl of such complete and utter opacity, have come to me and humbly asked if I might conduct seminars or offer master classes at medical conventions” (26).

Dirda often includes tidbits about the writing process in his essays, discussing why he chose to write about a topic or the process of writing. His essays resonate deeply with fellow writers and readers, with discussions of browsing through book stores, suffering through writer’s block, the quirks of literary societies, and the joy of small press books. Occasionally, Dirda strays from bookish topics to respond to current events, such as a large scale power outage in his hometown, or to discuss his recent experiences like the hassle of travel, but even these digressions are peppered with literary allusions. A few essays are simply lists of books, such as those Dirda recently bought or suggestions for holiday presents.

Highlights of the volume include his debate over which edition of a text to read, a discussion of essays on words that authors hate, and a comparison of reading an anthology to dating. Dirda’s essays are thoughtful and thought-provoking, with bursts of humor and wit. Bookish people will enjoy this volume and find themselves nodding emphatically as Dirda discusses topics near and dear to their hearts. It will inspire readers’ minds to wander with browsings of their own.